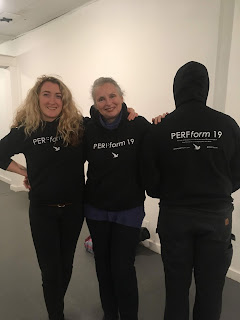 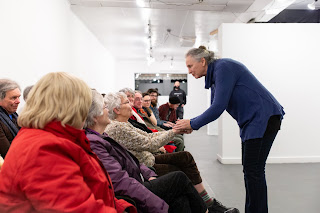 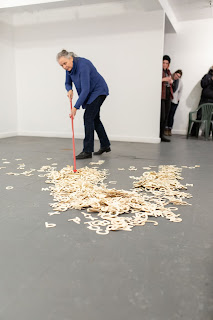 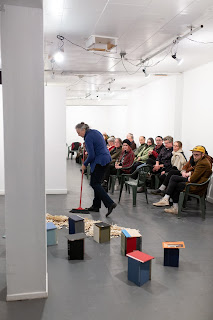 This is the last post from the PERFform 19 tour. So much travelling, so much creative exploration and energy put into the performance works, and so much conversation with people over the past month—curiosity, meaningful connections, shared imagery and ideas abound. The last performance evening was at Struts Gallery in Sackville. There was a full crowd, a receptive multigenerational crowd, with many people familiar with performance art. Gillian Dykeman performed REVOLUTION REVOLUTION again with fervour. Mathieu measured the distance between people with his measuring tape as well as performing his interactive matchstick action, and Linda said HELLO in many languages to each person in the room before performing her brooming performance with bookcovers lit and hundreds of wooden letters. The sound of the letters being broomed is like the ocean observers said, while Mathieu’s measuring tape created a space of tenderness, of longing to connect. The crowd was satisfied to hear what Gillian was saying rather than working out with her, different to her Fredericton performance where people exercised as well.

The conversation continued afterwards with audience members excited by the smallest gestures, evocative gestures, and the many ideas suggested. Interpretations varied and discussion continued. Since that night, many people have stopped to talk to me about what they experienced. It is satisfying to know that we have been able to offer artwork which people can carry with them to contemplate.

And so, the PERFform 19 Biennale is over, the second year of touring the province with  performance art. This year we had six artists performing. Hopefully in two years’ time, we will have more! 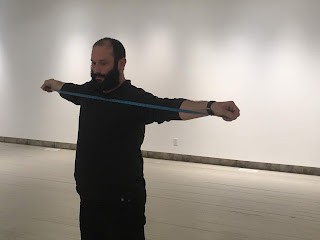 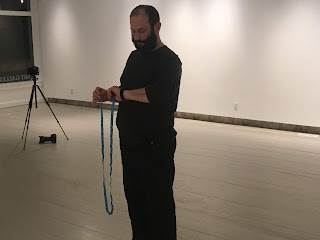 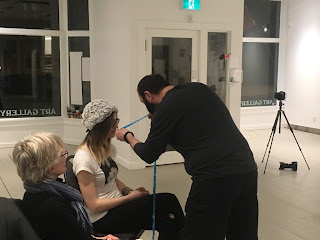 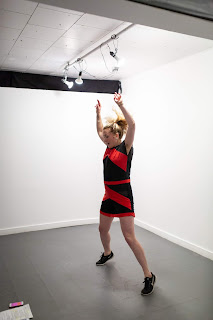 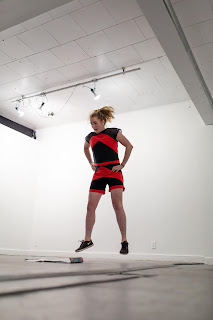 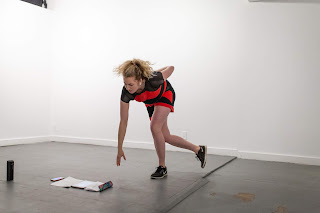 Posted by Performance Writing at 13:08