Both Mathieu and I reworked our performances last night in Fredericton. Mathieu resolved his crushed charcoal and paper bag performance with the piled disorder of the bags full of air (see photos) instead of the balanced paper bag circle created in Edmundston. Lungs, filtered air, pollution, the ecological importance of trees, and uncaring forest destruction stayed in my mind as I watched this performance. It connects seamlessly to his carving of the 2 x 4 wood at each performance, which slowly eats away at its singular integrity. Mathieu also plays it for its resonance as we listen to its being, its woodness, its treeness. Mathieu’s intentness adds greatly to each work; he is an action in the performance, building ideas with clarity and creativity.

I remade my approach to the chocolate tongue performance with life-size casts instead of one gigantic tongue. In Edmundston, my chocolate tongue when partly eaten (sucked, licked), revealed a pearl and a razor. While in Fredericton, a pair of dice came out of another tongue; the dice I then threw, threw and threw again. Language is full of beauty, terror and chance....In the next performance, my poem translated into Morse code, written with Bay of Fundy mud onto paper, is a call in the wild for few could read it or write it. The words exist, human and tidal, organic. A line is written every performance now with the Morse code also sounded out with my hands. So far:

The coding of language/ the many languages of signs and symbols which we all understand, taught from childhood in our particular culture–we are inundated with referents in our day to day lives. And we have lost many as well, like understanding Morse code.
Like understanding the earth’s signs. ...   ---   ...  (SOS)

This is the second performance in our tour. The works are already changing, their forms becoming clearer while others have been replaced with new experiments. Writing, orality, materiality (charcoal, chocolate, wood, fundy mud) have presence here.

There was an observation on the male/female work separation in the performances. Though at first glance certain aspects of the works may have appeared as gender identified, the contexts and meanings inherent in the performances are driven by explorations into social, environmental and philosophical issues. Mathieu shaved a 2 x 4 piece of wood and Linda cut fabric but nothing else in the performances was associated with specifically gendered work clichés.

Sound has crept in more, with Mathieu once again testing the 2 x 4 wood for sound possibilities and Linda sounding out the Morse code poem with her hands. 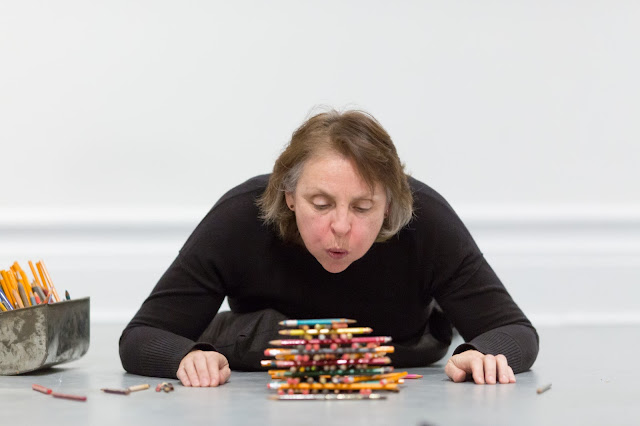 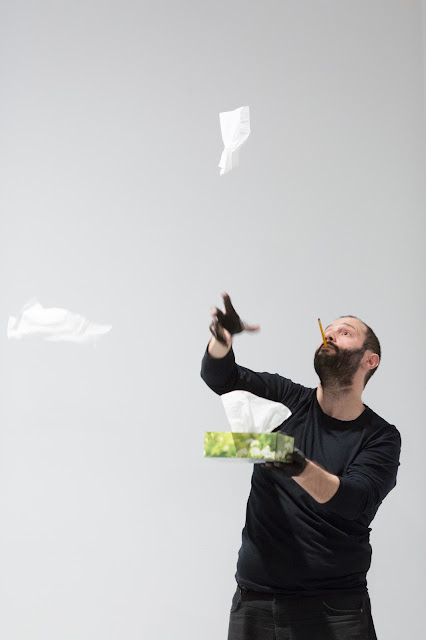 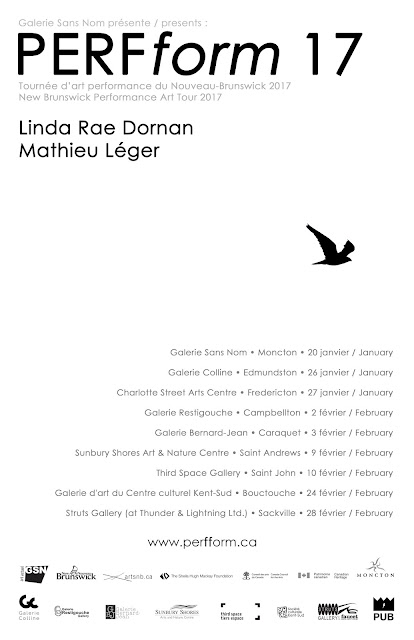 The programming will be launched soon!